Linux is EVERYWHERE, and believe it or not… you probably use it every day without even knowing it!  Android mobiles, supercomputers, smart TVs, smart cars, home appliances and much much more!

A few years ago I started my journey in Linux, I studied and passed the Linux Comptia+ certification. This post is all about Linux and why you really need to learn it!

Chances are high right now that you are either using a Windows or Mac computer?  Well, Linux is simply just another operating system like Windows and macOS, and similar to how you have different versions of Windows (7,8,10) and macOS (Catalina, Big Sur, Monterey) there are many different versions and distributions of Linux.

Linux powers things such as:

Here are some Linux facts to get you thinking:

Linux was created by a man called Linus Benedict Torvalds, he’s a Finnish-American software engineer.  He was the creator and historically the main developer of the Linux Kernal.  He’s also the man behind distributed version control system Git.

If you want to read into Linux and its long history, you can do that here.

Linux is very different to other operating systems, sure it can have a graphical user interface and the same types of applications such as web browser, email and word processor etc… however, the name “Linux” is actually an umbrella term for multiple OS’s that are based on UNIX, which is another operating system.

Since UNIX is open-source, there are lots of different variants of Linux, these come in all shapes and sizes and are most commonly best suited for what the system is being utilized for. Ubuntu, Fedor and CentOS are some of the most popular distributions of Linux, these have been heavily developed by the open-source community and are widely used.  For example, you can run Ubuntu as a server running services such as websites and applications, or you can run it as a fully-fledged desktop.

Ok, there are a few different ways to test Linux… You can test in the cloud, locally on your own laptop or via the web browser.

I won’t cover them all here, but if you are familiar with cloud technology then you can easily build a Unbuntu server on AWS, GCP or Azure.

You can also download your own copy and run it as a virtual machine on your computer.  The first thing to do is download and install free VMware Player.  Then, get the latest version of Ubuntu here or download CentOS here.  Create a new VM in VMware Player and use the ISO file you downloaded.

Finally, you can test via the web browser, while researching for this post I googled and found loads of websites, however, DistroTest seemed to have the most comprehensive list.

OK, so you have a server up and running and you’re ready to go?

No better way to learn anything new than getting hands-on, therefore I’ve listed a few commands below to get you navigating around the operating system.

Navigating your way around takes a little getting used to, you don’t have a GUI or mouse to click from folder to folder, therefore you need to know the following commands.

The ls command, which is short for listing, is used to list files that already exist in the current directory.

The cd command, which is short for change directory allows you to move around the Linux directory. For example, if I had a folder called Gerard, located in the Home directory, I could simply type cd gerard to navigate that directory. You can also navigate to other folders such as the etc folder by entering the commands below… cd /etc/.

The cat command is short for concatenate. This allows you to output the contents of a file. In the screenshot below, I use the ls command to check what files are in the current directory, then I type the cat filename command to view the contents of the test.text file.

The pwd command is one of my favorites, as you navigate through the Linux directory its very easy to get lost. This simple command lets you know where you are. This is especially handy when you are moving files from directory to directory.

The whoami command allows you to see what user you are currently logged in as.

The find command is another beauty, there’s so much to know about the find command. It can be as basic or as complicated as you need it to be.

In the screenshot below I have used the find command to search for the text.text file, all you need to do is type find -name and the name of the file. In the example below I have searched for the test.text file.

If you want to search for all files of a certain type, you could also use the find -name *.text command.

I hope you have enjoyed this very brief introduction to Linux, if you are currently working in a Network, Cloud, Security or Application field then understanding and gaining some Linux skills will really set you apart. 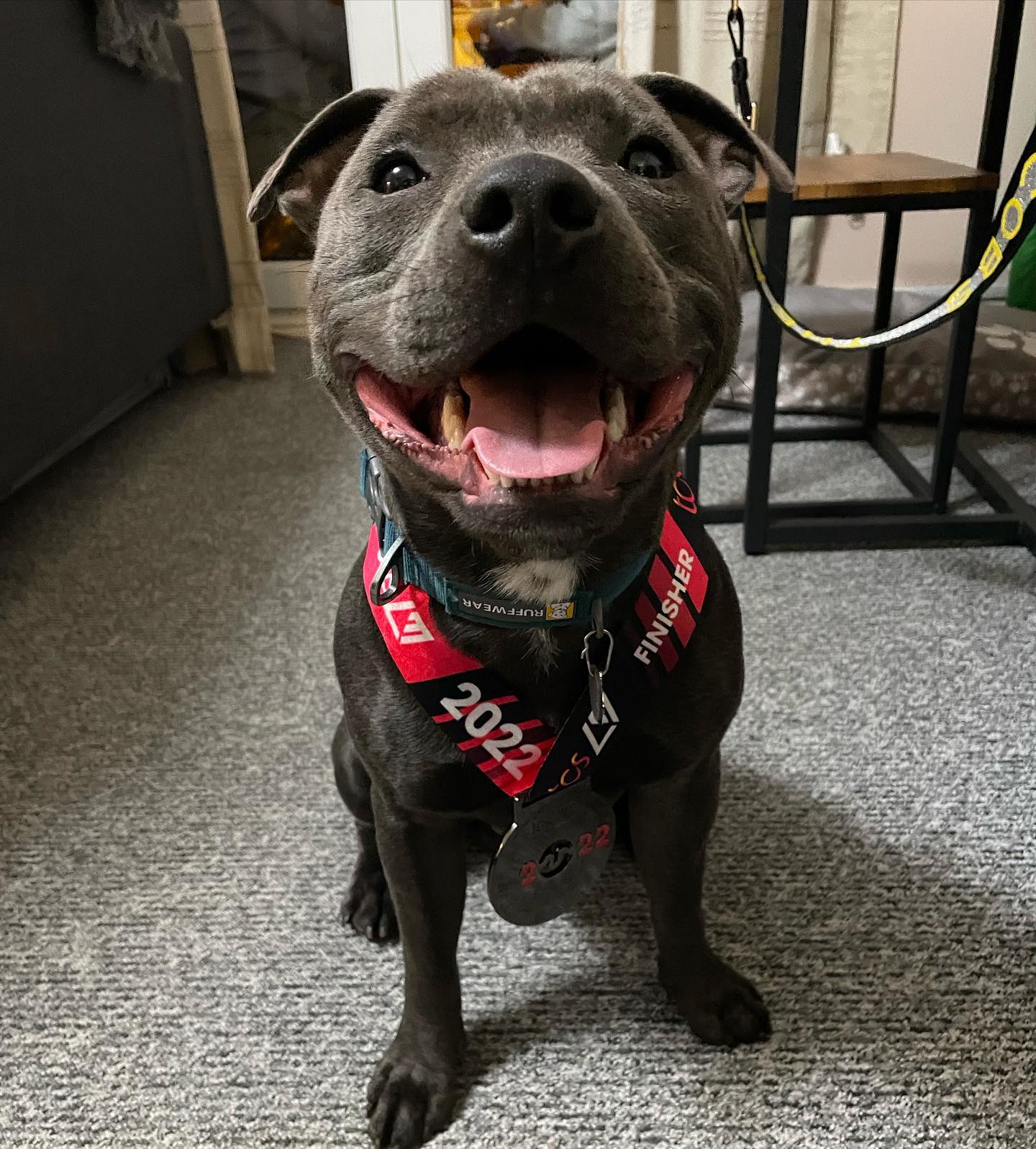 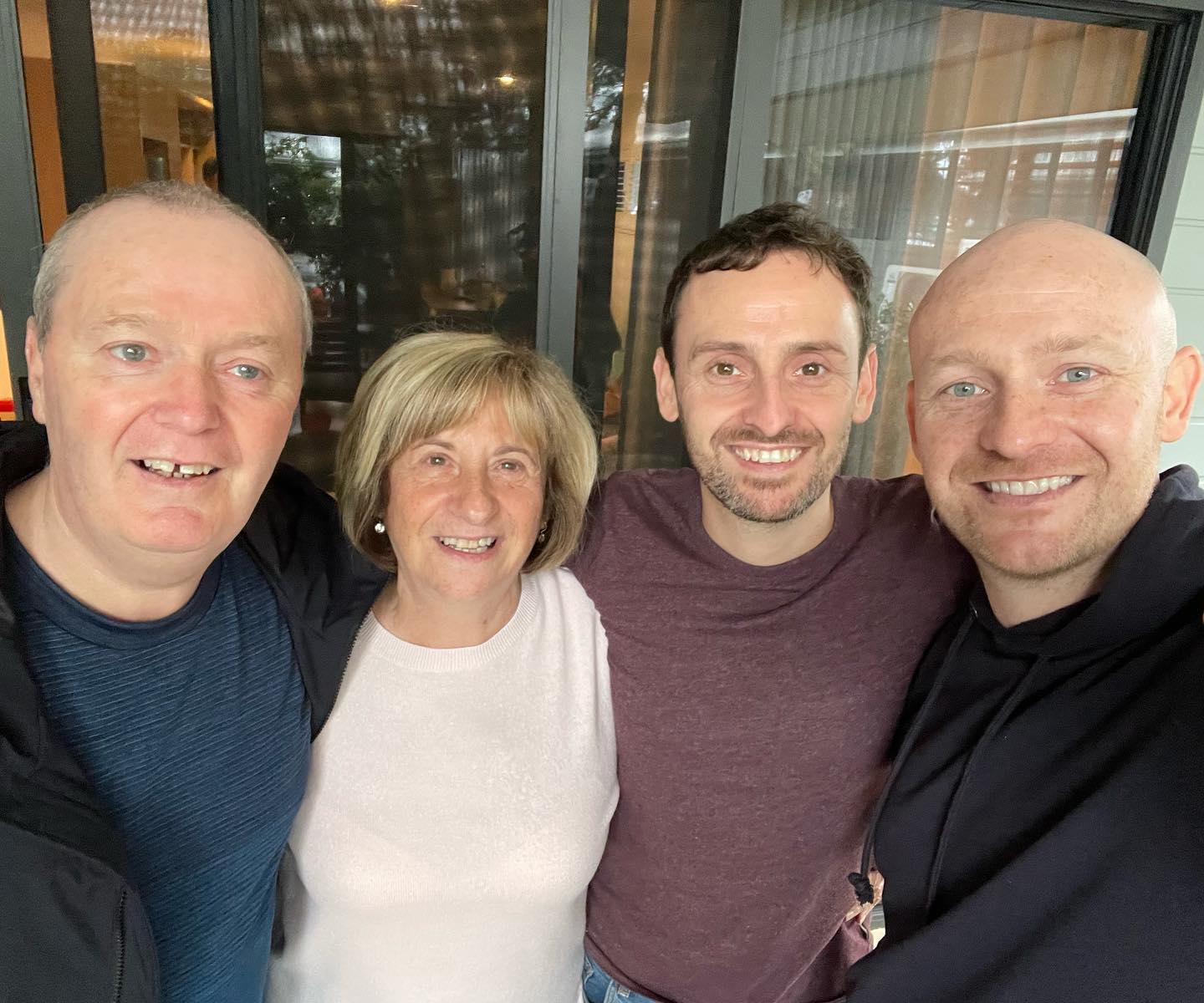 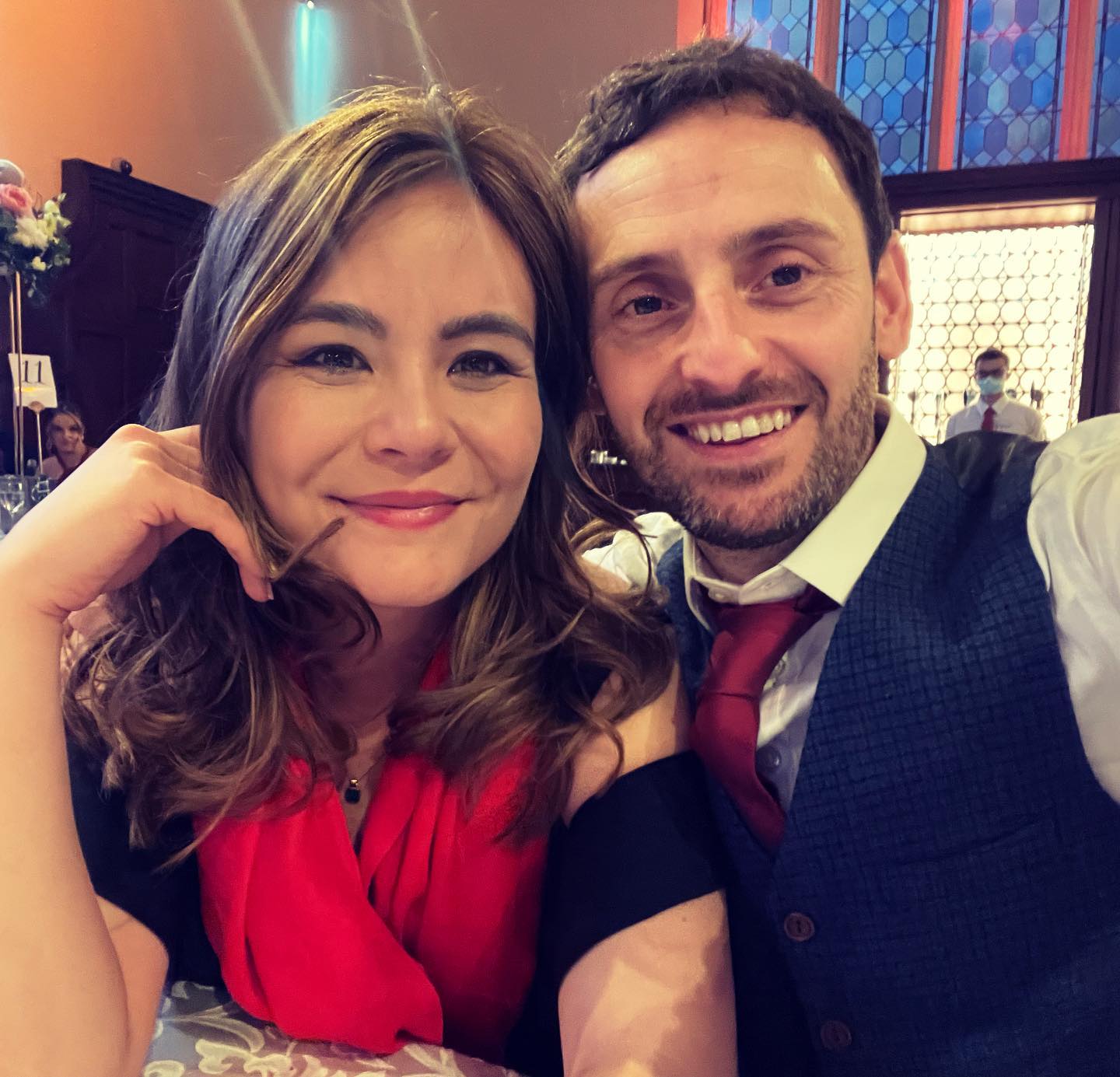 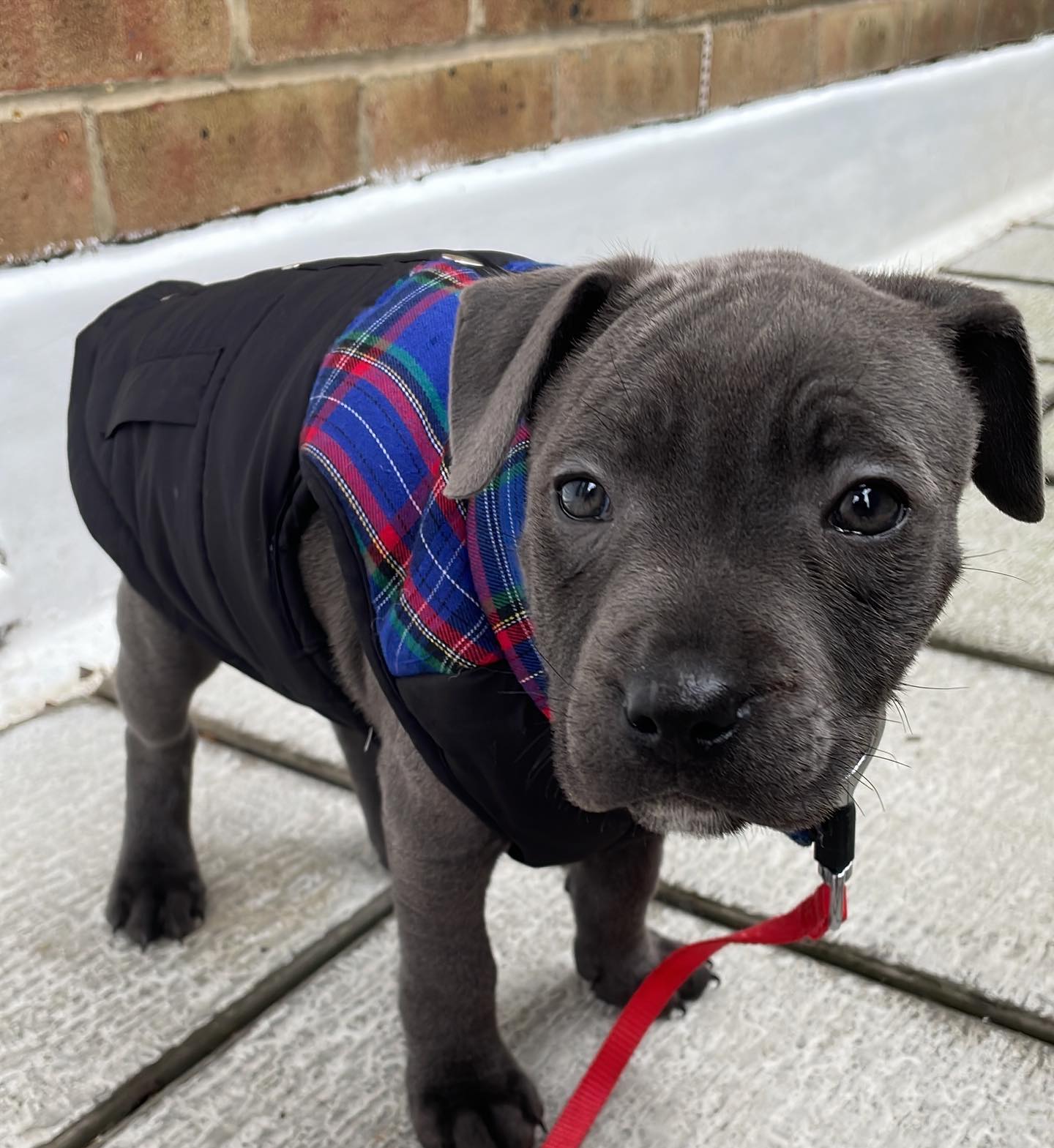 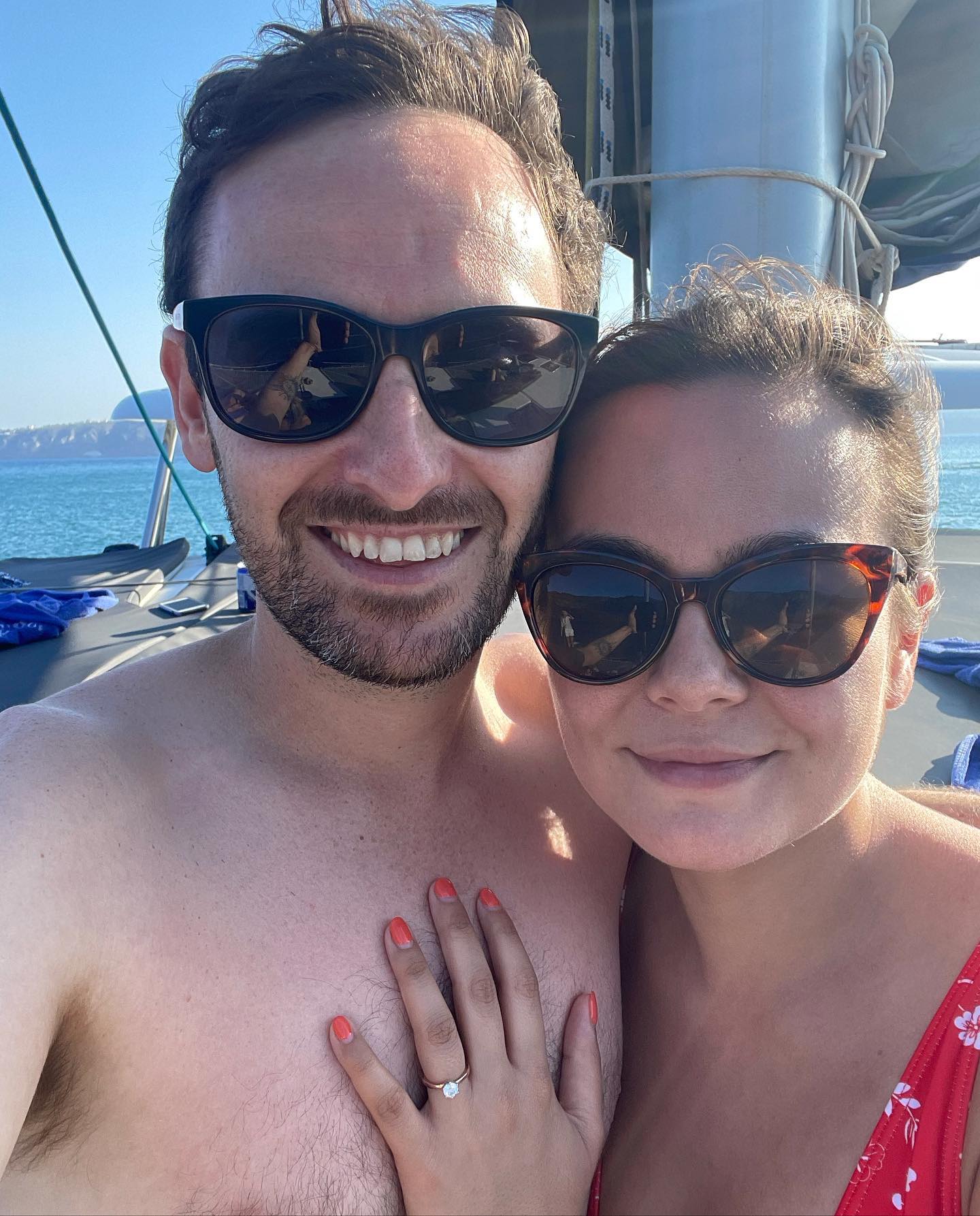 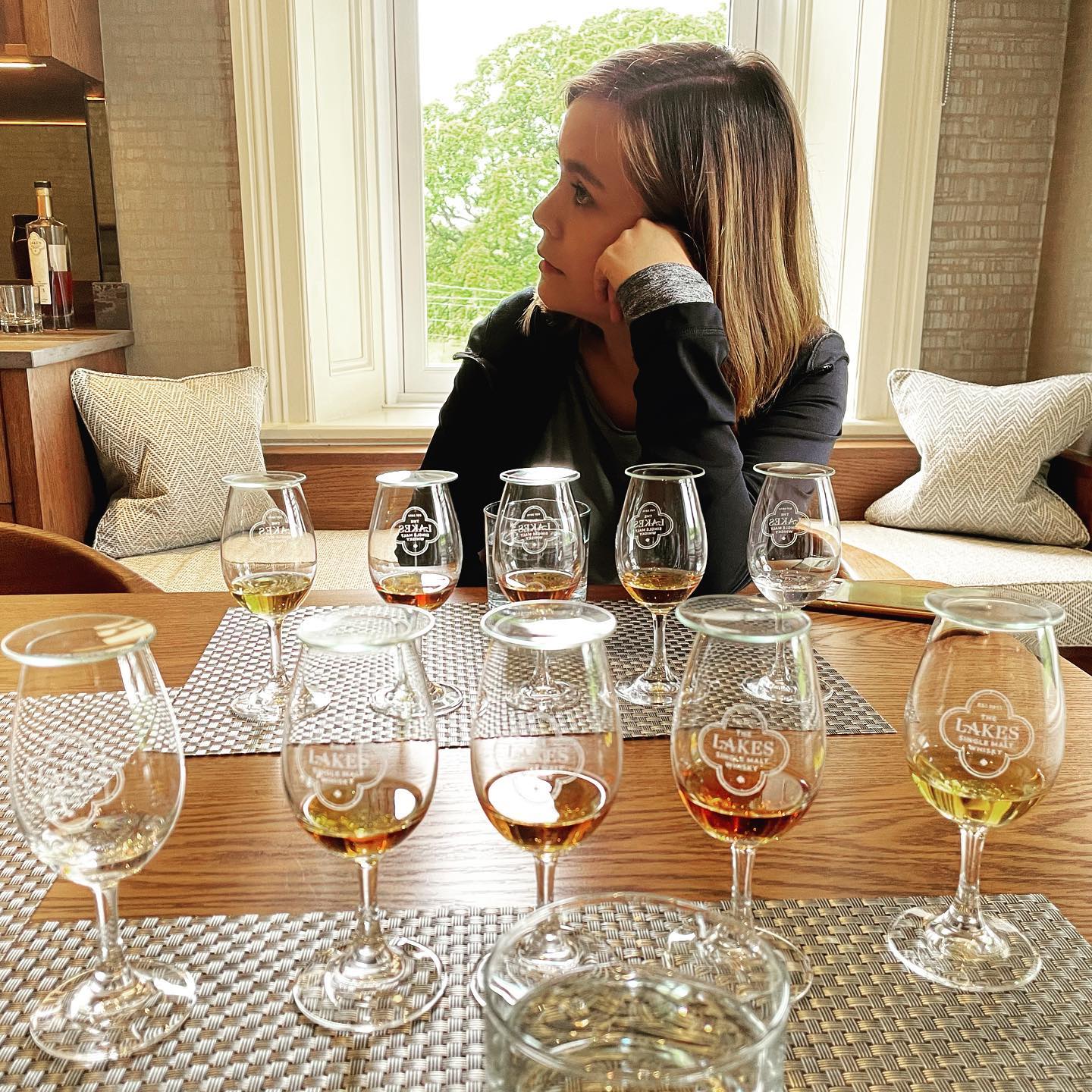 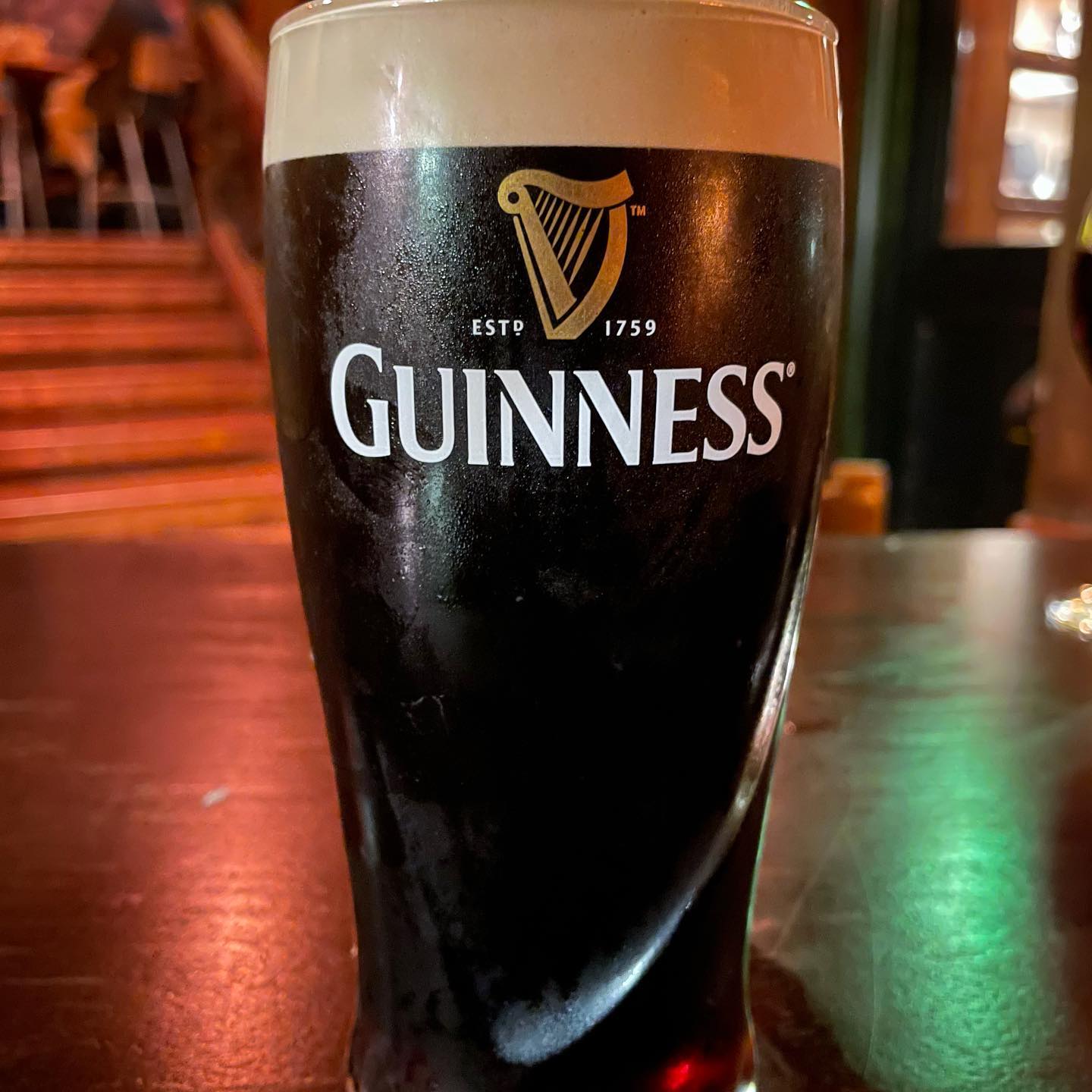 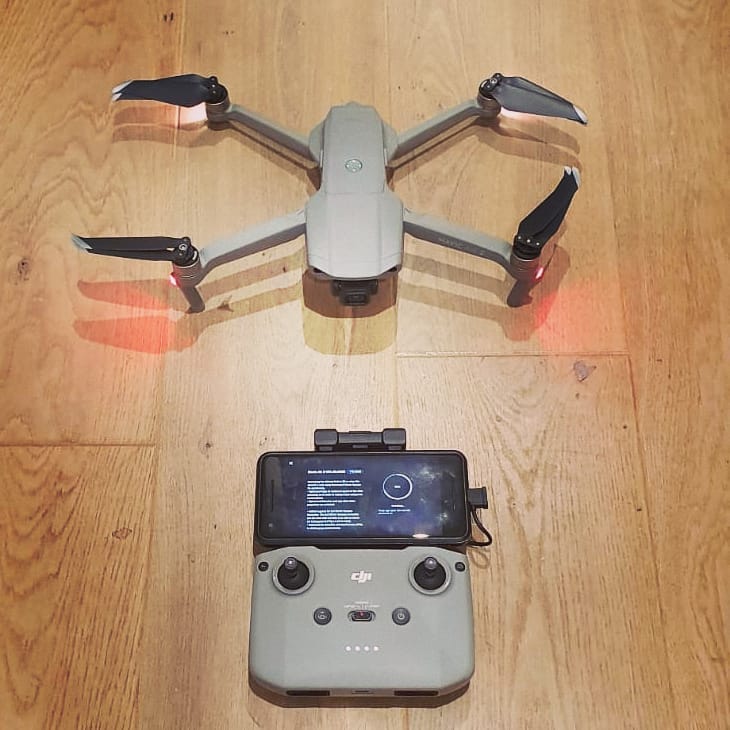 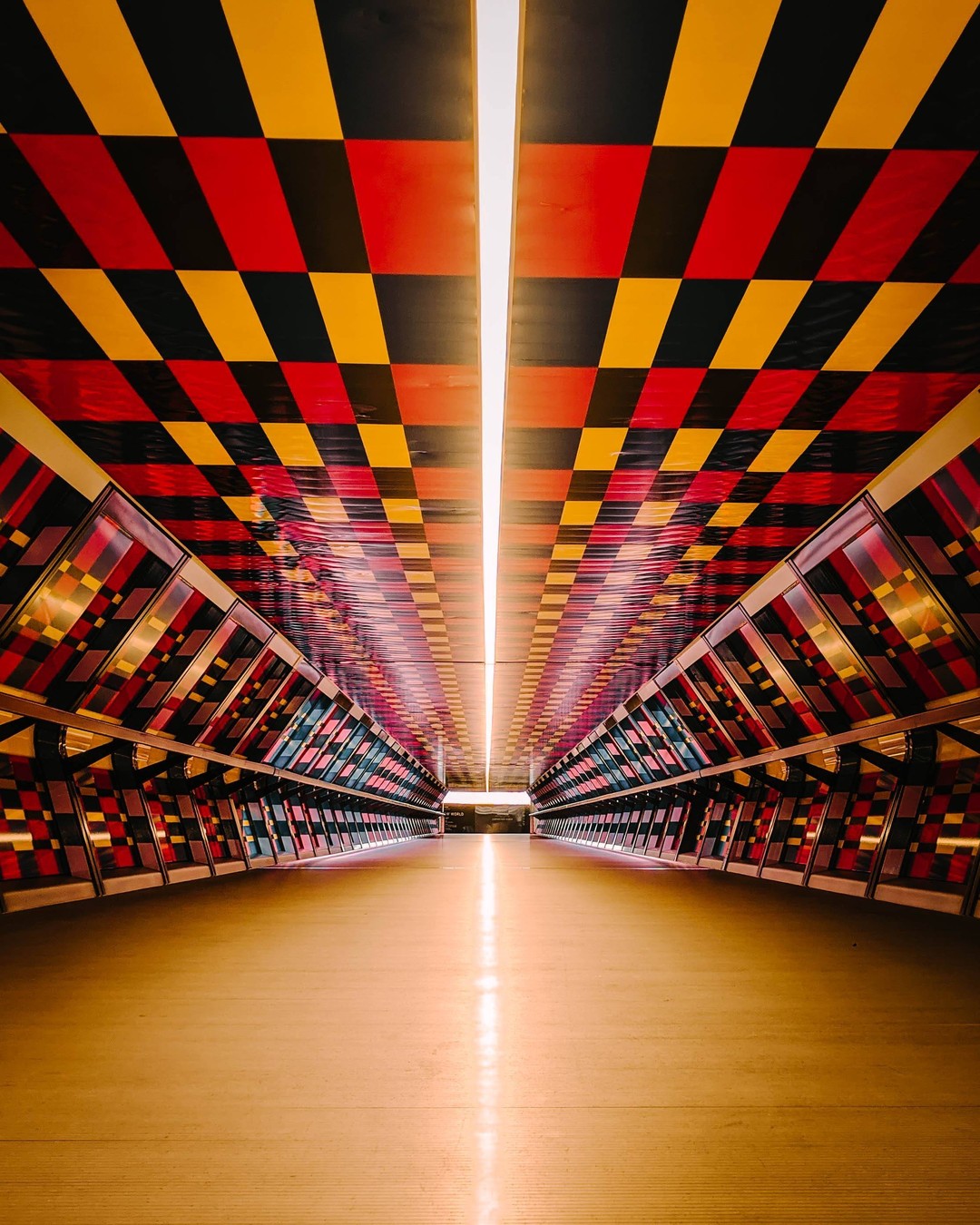 gerardobrien
•
Follow
Finally managed to get a shot of this pathway.. rare for it to be empty. 😊 @london @canarywharflondon #onecanadasquare
View on Instagram |
11/15 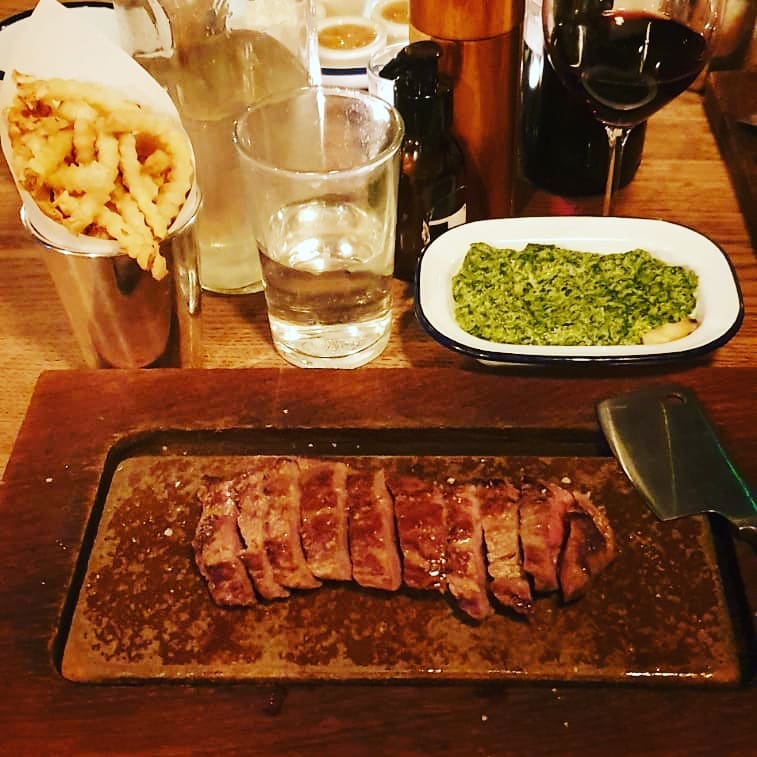 gerardobrien
•
Follow
Supposed to be on a flight to Buenos Aires right now... However Covid had other plans 🙄 @cinkil15 treated me to steak though 😀 #steaknight @flatironsteak
View on Instagram |
13/15 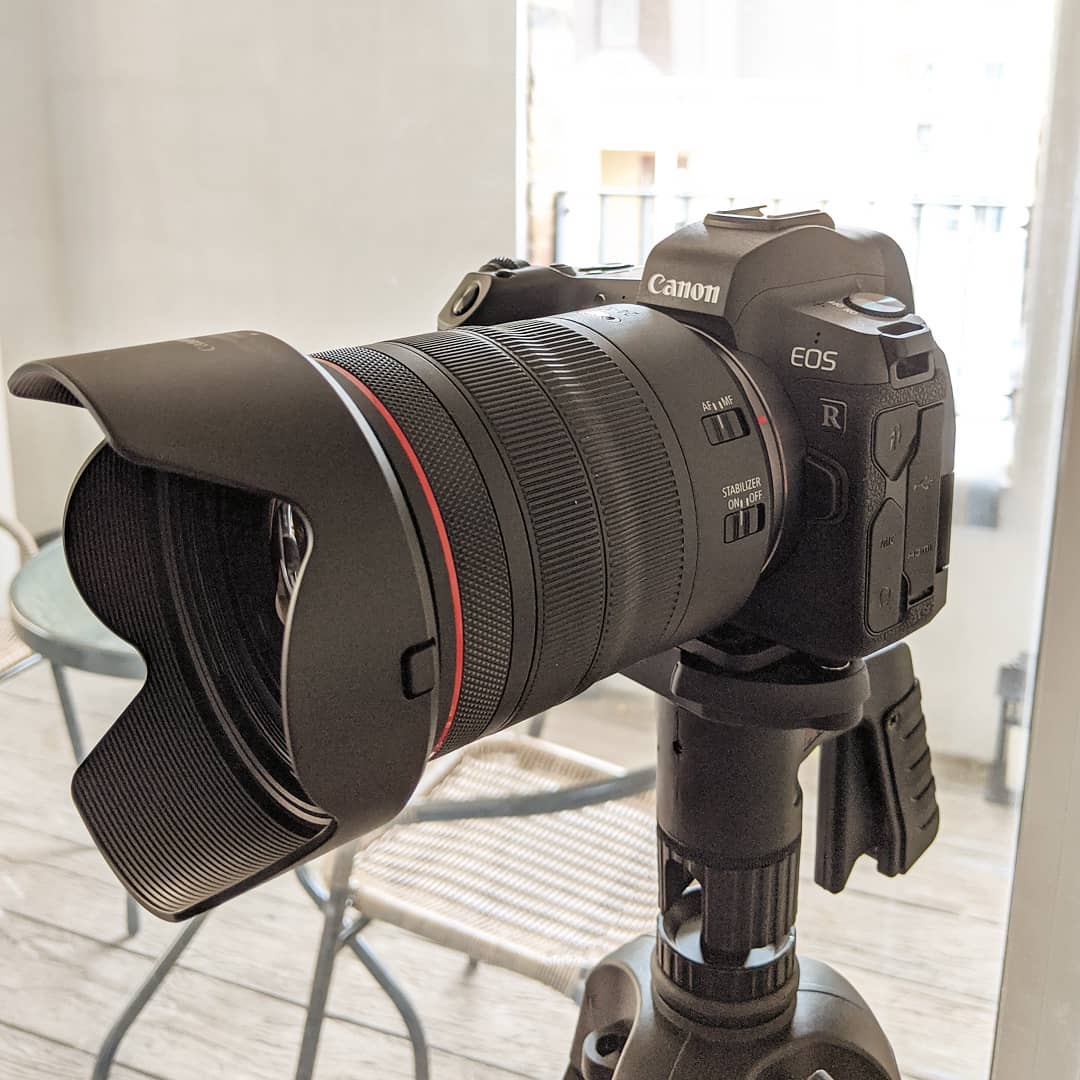 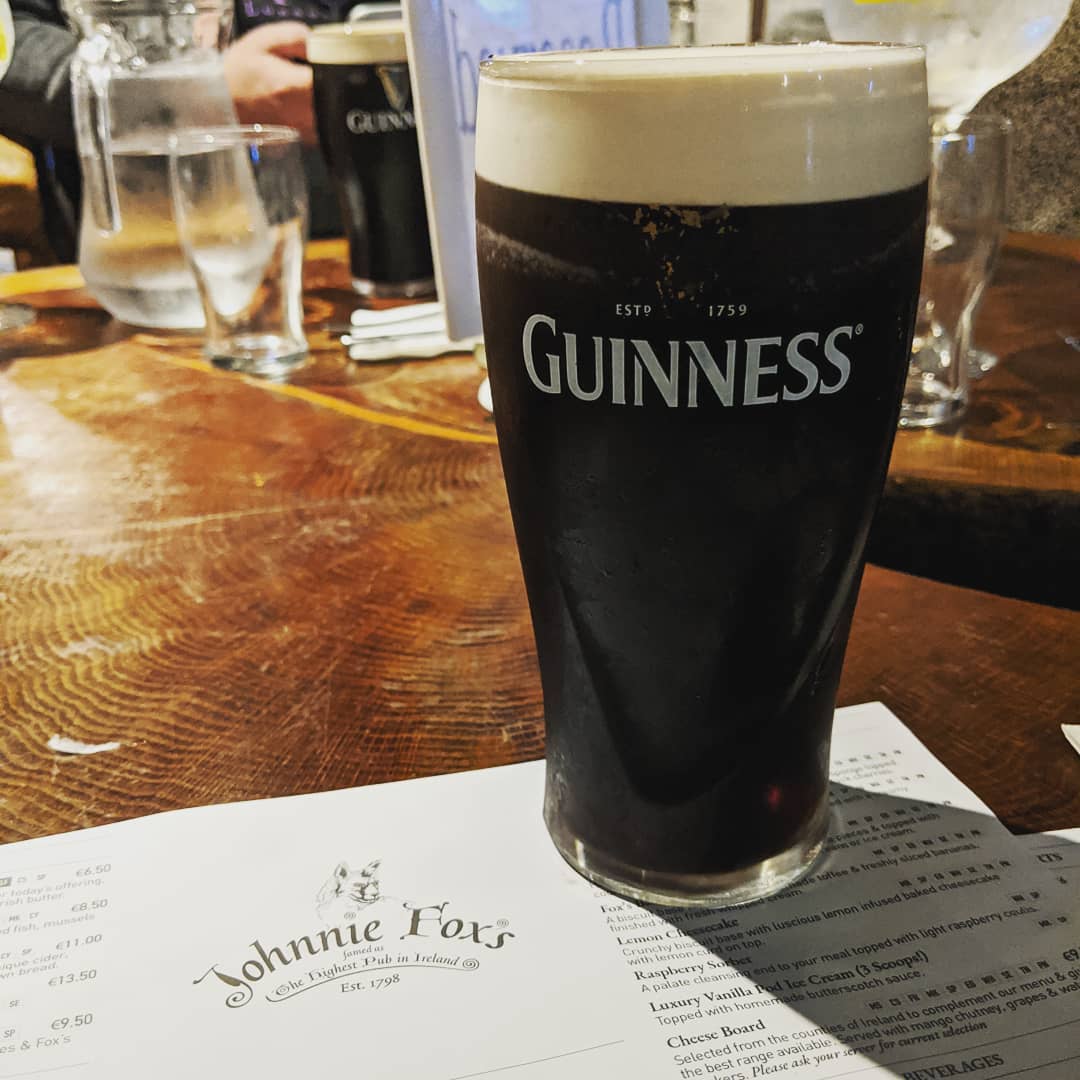 In only 1.5 hour’s time #100FREEiPhone12 LIVE Event happening at this link - https://youtu.be/zhg7PUv9XlY

Retweet this tweet or the hashtag #100FREEiPhone12 starting now.

We use cookies on our website to give you the most relevant experience by remembering your preferences and repeat visits. By clicking “Accept”, you consent to the use of ALL the cookies.
Cookie settingsACCEPT
Manage consent

This website uses cookies to improve your experience while you navigate through the website. Out of these, the cookies that are categorized as necessary are stored on your browser as they are essential for the working of basic functionalities of the website. We also use third-party cookies that help us analyze and understand how you use this website. These cookies will be stored in your browser only with your consent. You also have the option to opt-out of these cookies. But opting out of some of these cookies may affect your browsing experience.
Necessary Always Enabled
Necessary cookies are absolutely essential for the website to function properly. These cookies ensure basic functionalities and security features of the website, anonymously.
Functional
Functional cookies help to perform certain functionalities like sharing the content of the website on social media platforms, collect feedbacks, and other third-party features.
Performance
Performance cookies are used to understand and analyze the key performance indexes of the website which helps in delivering a better user experience for the visitors.
Analytics
Analytical cookies are used to understand how visitors interact with the website. These cookies help provide information on metrics the number of visitors, bounce rate, traffic source, etc.
Advertisement
Advertisement cookies are used to provide visitors with relevant ads and marketing campaigns. These cookies track visitors across websites and collect information to provide customized ads.
Others
Other uncategorized cookies are those that are being analyzed and have not been classified into a category as yet.
SAVE & ACCEPT
Powered by